Northside Mackay & Seaforth had a fairly low-key Pentecost Sunday, but it marked the beginning of a substantial series – a discipleship based walk through the book of Acts.

As I write this on 29 June, I am preparing for Acts 11-12 for the coming Sunday, and the schedule says we will reach the end one week out from the end of September. Acts is long and fascinating!

Alongside the book of Acts it is also fascinating to look at the geography, not only of Paul’s journeys (we’re not there yet), but also the location of all the other places that get mentioned. Where is Cyrene? I never knew before, but I know now, and it is a long way away – west of Egypt. As I prepare for Acts 11-12, Antioch, Tarsus, Cyprus, Cyrene, Phoenicia all get a mention, and everyone will get to see where these places were.

Also fascinating is the overlay of the history of Roman Emperors, local “kings”, and even to some extent Governors of Judea, and how their behaviours affect the story of Acts.

This week we’re reading that Herod arrested James and had him killed. Which Herod? Do you realise how many Herods were known as “king”? It turns out to be Herod Agrippa 1 who has James killed, and that places this part of Acts between 41-44 ce, because those were the years of his reign as “king” in Judea and Samaria.

But the real challenge of Acts is not in the surrounding information, as fascinating as that is. The real challenge is in seeing how these very ordinary people (okay, maybe Paul wasn’t typical or ordinary), very soon after deserting him, were given orders by Jesus to the take the gospel to the world. Filled with the Holy Spirit, they did what they were told.

They faced challenges within the fledgling church, conflict with the Jewish and Roman worlds, and accepted whatever came their way for the sake of Jesus. They did not play it safe.

It is impossible to take the book of Acts seriously and not be challenged to the core by our own faith journeys, as individuals and as church. 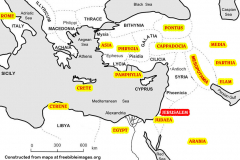 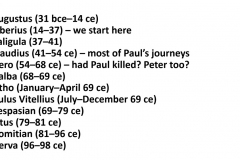 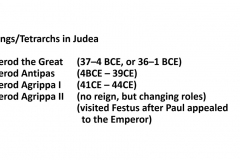 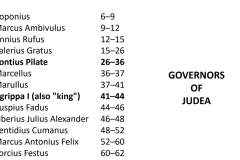