Celebrations are ongoing throughout 2022 for the 150th anniversary of St. Paul’s Uniting Church. Our presbytery joined these celebrations on the weekend of 11-13 March 2022, to help St. Paul’s mark this milestone.

The March gathering of Presbytery was hosted at St Paul’s and we were happy to join in the celebration.

On the Friday evening, Mackay Regional Council hosted a Civic Reception in honour of the 150th anniversary, including the official opening of St Paul’s 150: an exhibition of historic photographs, shown at the Jubilee Community Centre Exhibition Foyer until Wednesday 6 April 2022.

Sunday worship was the official 150th anniversary celebration at the church; there were past and present members, moderators and ministers in attendance, and involved in leading worship.

The church was packed as this achievement was celebrated in God’s presence.

The worship celebration was followed by a morning tea, at which the anniversary cake was cut by Donald Denman, currently the oldest member of St Paul’s Uniting Church.

It is rare that we get to share in such a celebration. Thank you to all those who made the trip to Mackay especially to be a part of the celebration. 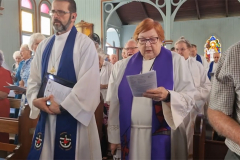 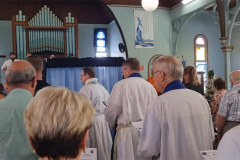 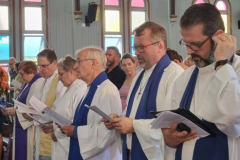 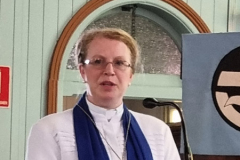 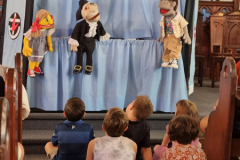 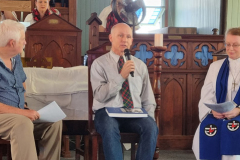 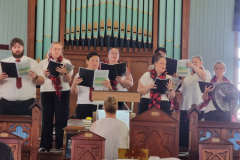 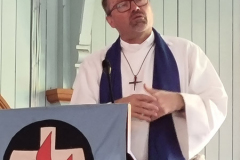 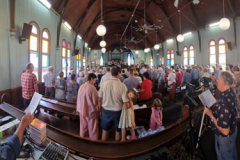 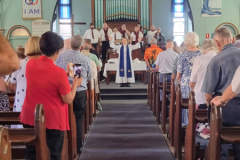